Table-less HTML, friendly URLs and host named site collections are the major topics of my presentation in Rackspace’s 1st Week of SharePoint 2013 Webinars. 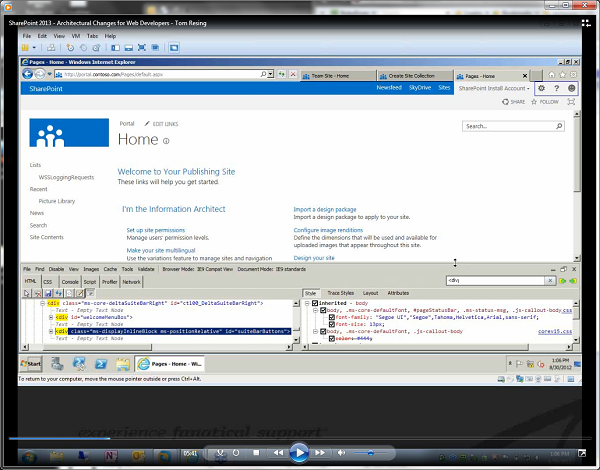 Download This Webinar Recording (86MB .wmv) and replay the 35 minutes of demonstration and explanation of 3 areas of SharePoint 2013 web developers will be interested in:

If you have a few hours to dedicate to SharePoint 2013 learning, I suggest watching the whole set of 8 webcasts. Personally, I started from the beginning with Jennifer Mason’s excellent overview of end user improvements and changes. Next, I watched Laura’s Overview of the Social Features. I really liked how Laura built out example sites so you can see what looks like a real-life capture with interactions among team members. I watched all but 1 of the webinars so far and learned something new in each one.