Whither Goest the SharePoint Gatherer?

Is the Gatherer a part of SharePoint 2007 or a relic of the the past?

The SharePoint Log known as the ULS shows some errors regarding the Gatherer process. The documentation on SharePoint 2007 reveals no such beast to me. So that begs the question, what in the world is the Gatherer? And how is it related to search?

The answer appears to lie in some legacy code that goes at least as far back as SharePoint Portal Server 2001.

In my research, I compared the following two MSDN Articles:
1.    Content Crawling and Search Overview, in the SharePoint Portal Server 2001 SDK
2.    Enterprise Search Architecture, in the SharePoint Server 2007 SDK
The second appears to be a rewrite of the first, but notice the numerous references to the Gatherer in the 2001 docs have been removed in the 2007 docs.

It’s not gone completely and at least one SharePoint author didn’t get the memo on the change in describing search. This article, Searching in MOSS 2007, is excerpted from Chapter 8, "Advanced Configurations," of the book Beginning SharePoint 2007 Administration: Windows SharePoint Services 3.0 and Microsoft Office SharePoint Server 2007.

Further check out the following two excerpts from MSDN and guess which refers to 2001: 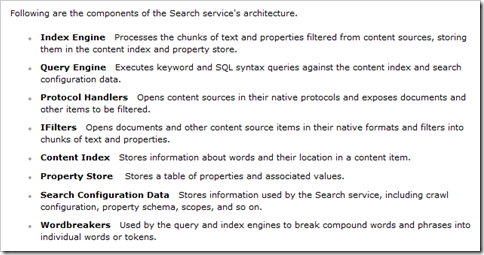 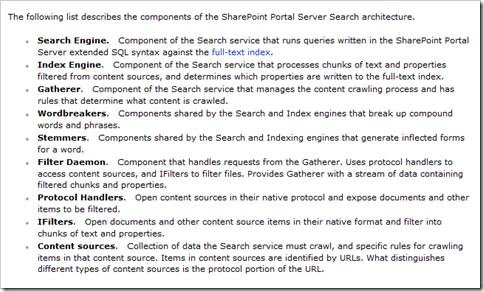 If you see the following error in your Event Viewer, I can only guess it happens during the crawl during a process similar to the one described in the 2001 docs. What do you think?